Deeper into the Golfo Dulce... 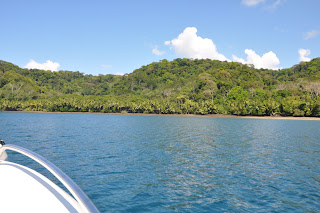 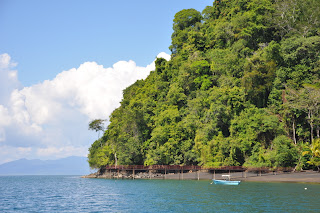 The further out into the gulf we got, the inkier and "thicker" the water became. The Golfo Dulce is one of the deepest gulfs in the world, more than 1000 feet in parts on the Golfito side. Carlos said that Jacques Cousteau dived here (and never made it near the bottom.) You could just feel the depth as the waves quieted down. 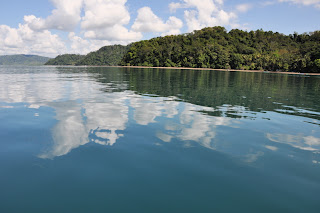 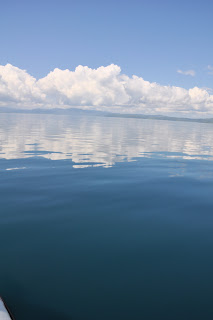 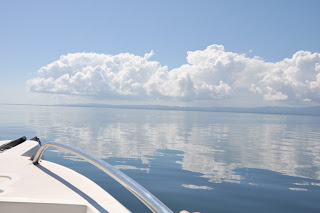 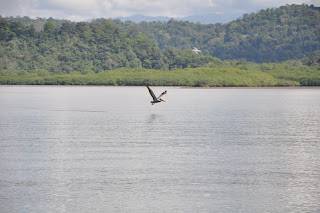 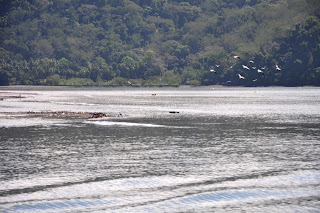 Supposedly our boat driver is the only driver that can navigate a boat of this size down the river at low tide. 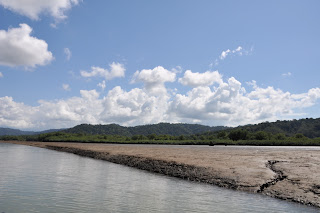 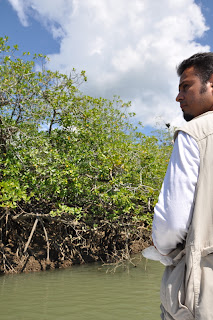 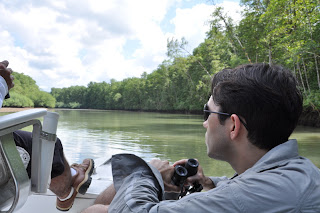 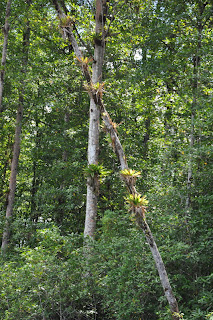 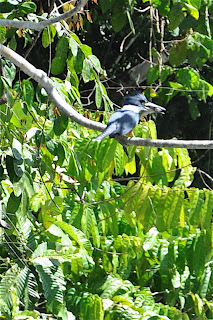 kingfisher
The mangroves are home to many animals, one of which was causing quite a commotion below. Everyone, except me, was standing on one side of the boat to see this animal. I - freaking out on the other side of the boat with my 90-something pounds - was trying to keep the boat from tipping over. (Nobody else seemed too concerned, but I don't know how these things work?!) 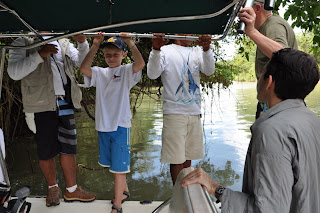 inspecting an animal in the tree
When I had my turn to look, this is what was directly in the tree above us... 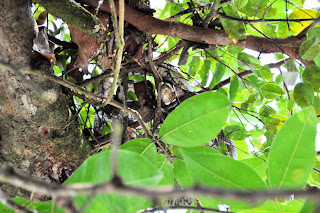 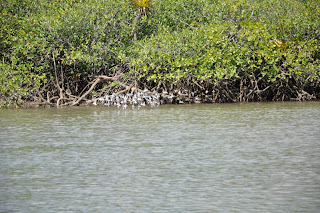 The birds flew in these amazingly choreographed patterns. 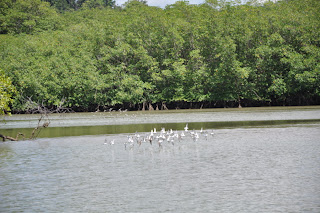 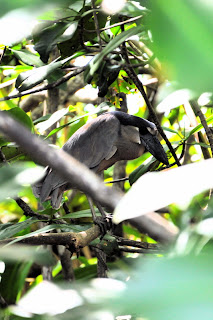 Then we made our way out in the open again, heading toward the animal sanctuary on the Golfo Dulce coast at Caña Blanca. 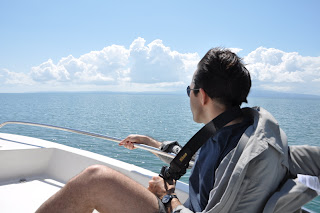